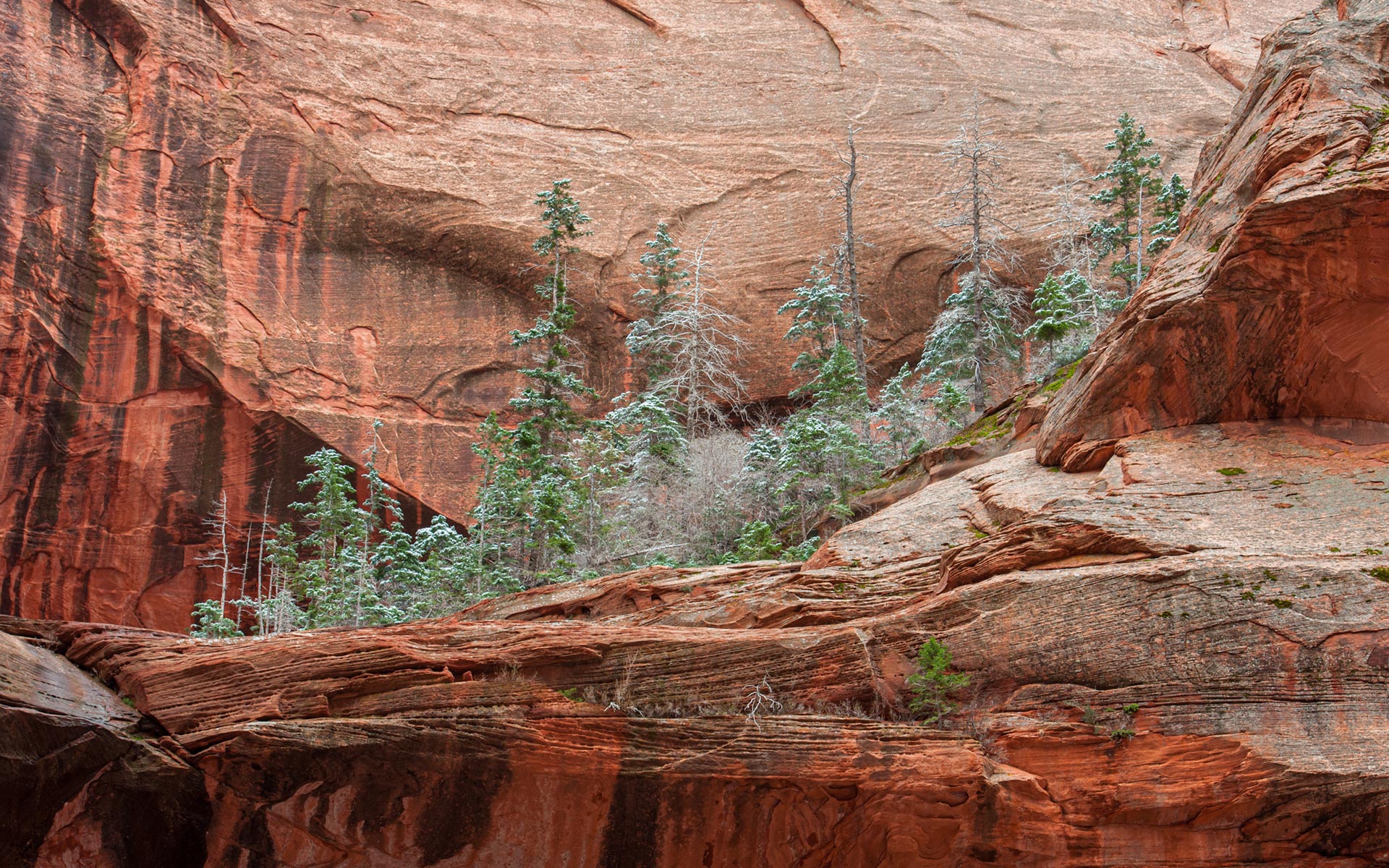 Zion National Park is certainly famous for many special attractions, many of which are only accessible through quite difficult trails including passage through cold and waist deep water or significant rock climbing. Interestingly enough, Taylor Creek and Double Arch Alcove are less known and less visited despite its easy hike and the reward of a breathtaking alcove and double arch at the end of the trail.

The only time that I went there, was also the only time I heard and saw a wild turkey during all my Southwest trips. I guess it was not used to humans and quite disturbed by me invading its territory. This just gives you an idea of how secluded this area of the Zion National Park really is.

To go there you do not need a special permit, a regular National Park Pass for which you pay at the entrance to the park.

Getting to Taylor Creek and Double Arch Alcove:

The Middle Fork of Taylor Creek trailhead is about 2 miles from the Kolob Section entrance on I-15 between St. George and Cedar City. This section of the park is frequently closed in winter.

A round-trip from the parking area takes 3-4 hours.

A wide-angle lens works best to include the entire rock wall and still have some vegetation at the bottom, the alcove in the middle and the double arches at the upper portion of your image. It is best photographed around midday when the wall with the arches receives the reflected light from the opposite rock wall, enhancing the orange and red colors of the alcove and the double arches.

My attempt was to be there in fall to add some intense yellows and reds coming from the vegetation, but I was too late. The trees and bushes were already leafless and instead of having sun and reflected light, I experienced fog and snow.

I hope you will have better luck with your timing.