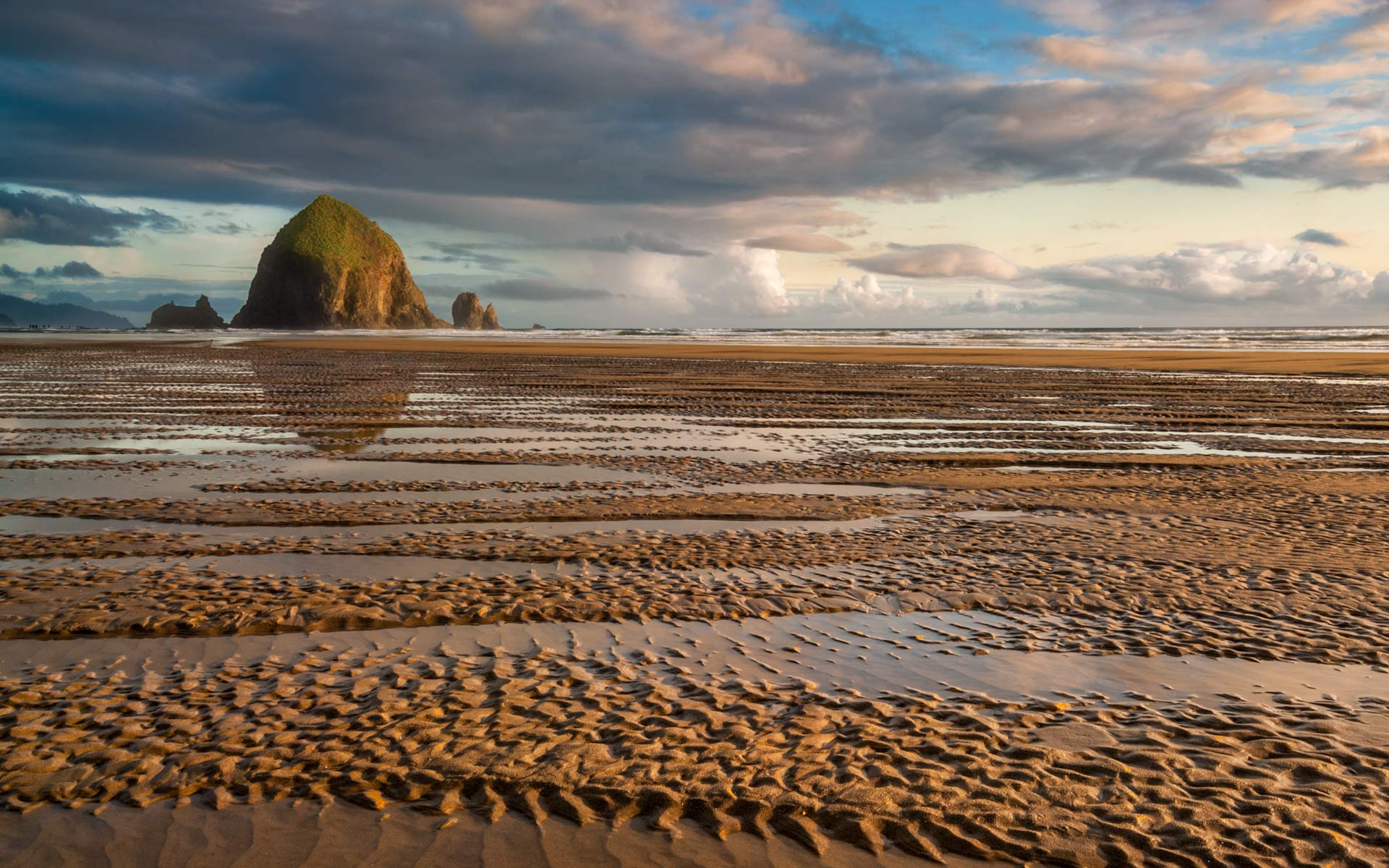 This part of the oregonian coast has something sophisticated and upscale comparable with the californian place of Carmel and 17-mile-drive and at the same time the wild and rough scenery that you might be more used to see in the isolated parts of the northern californian coastal area.

The upscale and sophisticated goes with the fine hotels, bed & breakfast, dinning, stores, and so on scattered throughout the little town of Cannon Beach. Once you enter it you will see it right away from the get go spotting all the Mercedes, BMW, Lexus and other luxury cars that populate the narrow roads which crisscross Cannon Beach.

However, once you get to the beach and start seeing the rocks in the water, specifically the all dominating Haystack and later drive through a dense rain-forest to reach Ecola State Park you will see the landscape’s roughness and the seascape’s wildness.

Getting to Cannon Beach:

The map presented below offers two routes. The first starts at the little town of Astoria located at the south side of Columbia River’s mouth and leads first to Clatsop Beach with Peter Iredale’s shipwreck and in sequence heading south on highway 101. About 25 miles later you will entering the town of Cannon Beach.

The second route is from Portland along highway 26 and is an approximately 70 miles drive.

The possibilities of photographic exploration are absolutely endless. Make sure that you bring your entire photographic equipment with you.

The entire area is so rich in variety that you really should plan at least two entire days to stay in Cannon Beach to explore most of its surroundings.

Haystack is certainly a major attraction to be shot at almost any time of the day and even night if you consider shooting star trails. Just make sure that the moon will not be up to interfere with your intentions. Sunrise is not necessarily the best moment to be at Haystack as the sun is coming from behind some high mountains located in the east. The option to overcome this is positioning yourself at Ecola State Park and photograph Haystack from the distance.

Make sure that you also explore the little forest that you drive through to get to Ecola State Park. The forest is rich in moss and ferns providing some fairy tale appearance. Also the different hiking trails in this State Park are highly recommended. The variety of fauna and flora is stimulating to get some unique shots.

I particularly enjoyed taking the trail down to the sea and explore the crashing surf, the rocky points, shells, sand patterns, sea pools and little sea creatures …