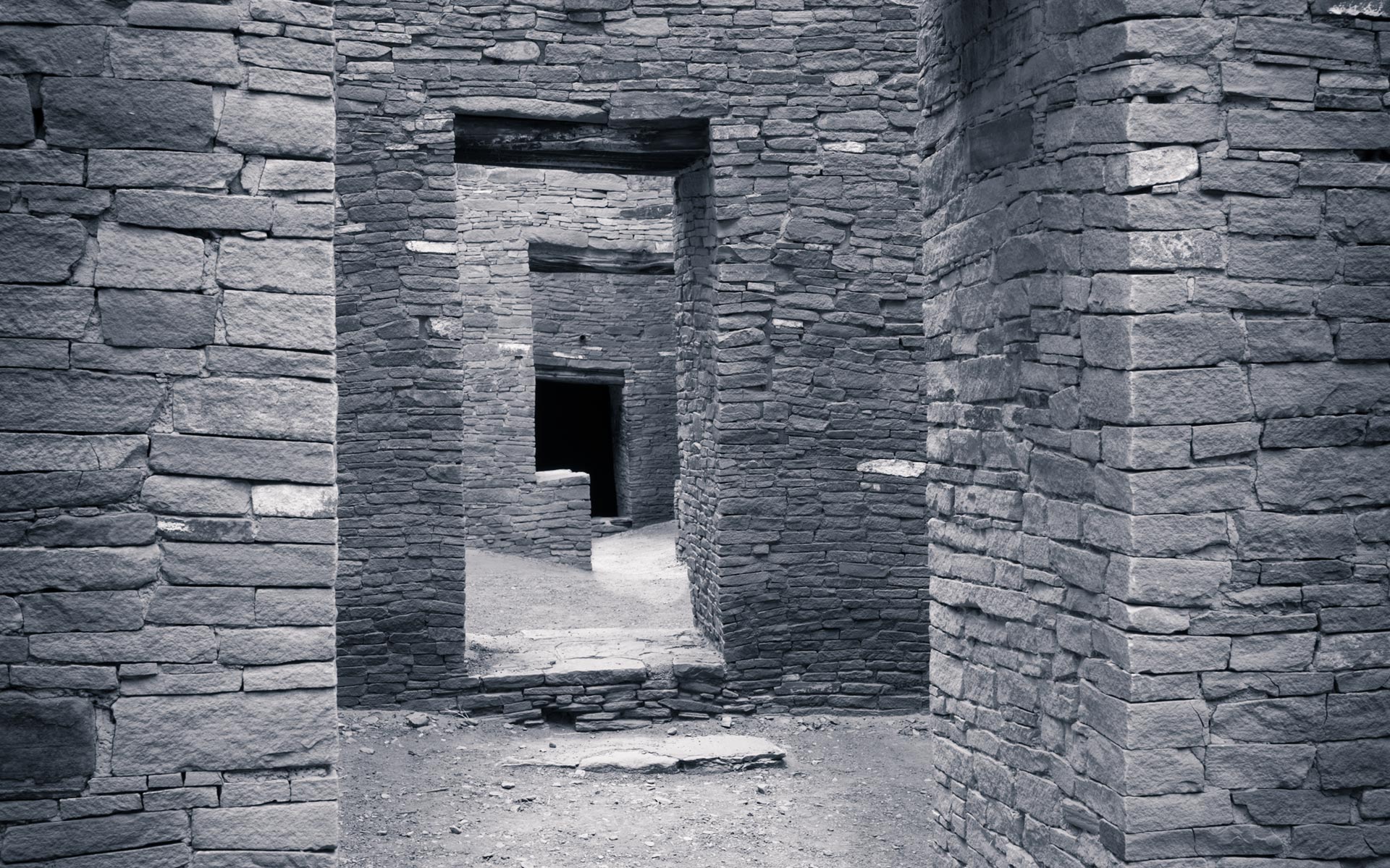 The Chaco Canyon is a United States national historical park hosting the densest and most exceptional concentration of pueblos in the American Southwest. The park is located in northwestern New Mexico, between Albuquerque and Farmington, in a remote canyon cut by the Chaco Wash. Containing the most sweeping collection of ancient ruins north of Mexico, the park preserves the United States’ most important precolumbian cultural and historic area.

Between AD 900 and 1150, Chaco Canyon was a major center of culture for the Ancient Pueblo Peoples. Chacoans quarried sandstone blocks and hauled timber from great distances, assembling 15 major complexes which remained the largest buildings in North America until the 19th century. Evidence of archaeoastronomy at Chaco has been proposed, with the Sun Dagger petroglyph at Fajada Butte a popular example. Many Chacoan buildings may have been aligned to capture the solar and lunar cycles, requiring generations of astronomical observations and centuries of skillfully coordinated construction. Climate change is thought to have led to the emigration of Chacoans and the eventual abandonment of the canyon, beginning with a 50-year drought in 1130.

Much of the Pueblo’s masonry is reconstructed, but it is tastefully done. Not sure that you will come out of your visit with a good idea of what life was for the inhabitants. All the rooms are bare and there are few clues to how they were used, but the vastness of the complex conveys a great sense of presence and power.

Getting to Chaco Canyon:

Coming from Farmington or from Albuquerque on US 550, turn off at Nageezi trading post and follow the well-marked road for 21 miles. This road is paved at the beginning, but turns into a fairly well-graded dirt most of the way. Once arriving to the premises of the park you will have to stop at the Park Center to pay your entrance fee. The loop inside the park is paved.

If it happens that you are at the Bisti/De-Na-Zin Wilderness, as it was my case and want to go to the Chaco Canyon you have the option to use CR 7500 until you reach US 550 slightly north of Nageezi. Merge south into US 550 until you reach Nageezi and than follow the route as described above. However, be careful by choosing this route if it is rainy and the ground is wet. CR 7500 is a dirt road and might turn into a nightmare when there is rain.

Finally, there is also access from the south using NM 57, which is a rough dirt road that is best used with a high-clearence vehicle.

Start your day at Pueblo Bonito. The walls are higher on the east side providing a soft light inside the rooms which do not have ceiling, unlike in the afternoon. Do not miss to photograph the enfilade of doors from room 14. The best moment is right after sunrise or from the opposite site an hour after sunrise. If you for some reason missed this in the early morning you should come back in the late afternoon.

Finish your day at the Pueblo Bonito Overlook, where you can photograph the Great House almost until sunset. Park regulations require you to finish hiking at sunset and it takes 20 minutes at a normal pace to return to the car.