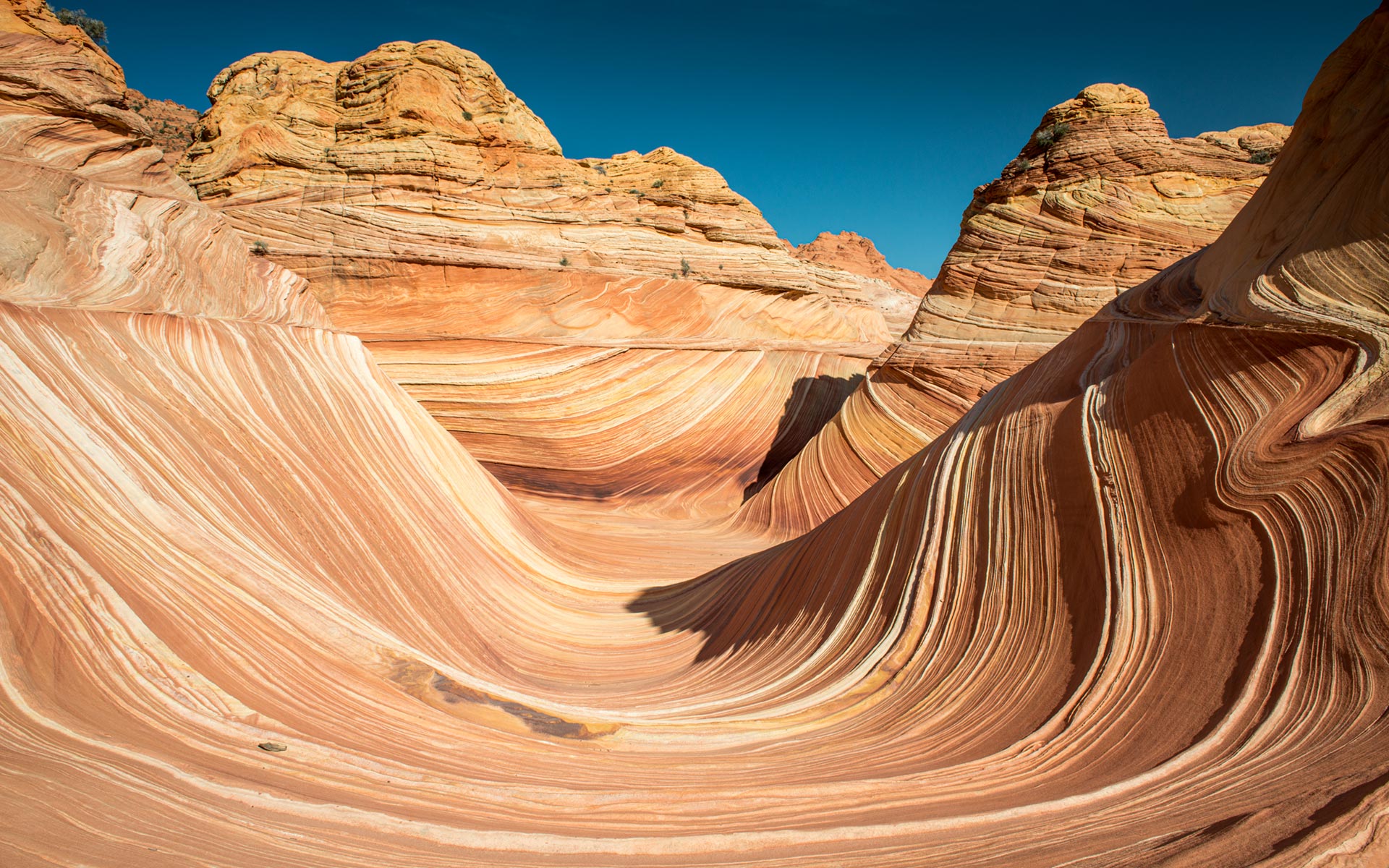 The Wave is so famous that even people who do not know anything about the Southwest and never heard a word about North Coyote Buttes have seen a photograph of it. Images of this place are omnipresent. No wonder that myriads of tourists visiting the Southwest want to see it. The first disappointment for many is to learn that there are permit restrictions. Many tourists learn about these restrictions only when they are already in the area.

The image is so present in people’s mind that the great majority of the visitors are more than happy to get there, take their photographs, turn around and head back to their cars. They do not suspect what they are missing.

If you are one of those, who wants to explore the entire North Coyote Buttes area you need to start your day very early and with a plan. First comes the early hike in while it is still dark. You want to be at the Boneyard at sunrise. Next comes the Wave!

The hike from the Boneyard to the Wave can be done in two ways. Walk back down the slope you climb up to get to the Boneyard until you reach the point were you went off the path suggested by BLM. Resume your hike as described by BLM and you will enter the Wave as most people do. The beauty of this trail is to see a gorgeous water pool at the entrance to the Wave – in case you are lucky and had a recent rain to fill up the pool.e
The other path is walking down from the Boneyard southbound. You will cross the Sand Cove Wash more or less perpendicularly and than engage in climbing up the slope as pointed out on the map below. Once you reached the plateau you will reorient yourself eastward. You will pass the Second Wave halfway your hike to the Wave. Dismiss the Second Wave for now as the light is not favorable to photograph it yet. This will come later in the day. Head on to get to the Wave. You will enter it from the top. The Wave will lay in front of you as a gigantic bowl.

Enter the Wave and start exploring it. The lines, colors and movement in the rock are incredible. Start studying possible compositions and wait until the sunlight starts giving you the best play to set your pre visualized compositions in the right light. Take some 2 – 3 hours to do so. Do not forget to look for the higher ground too and explore the little canyons leaving the Wave.

You probably will not even notice the time fly by as each minute the light and shadows will reveal a new facet of this place. However, at some point you need to let it go and move on to your next “secret” destination. Take a pause and have something to drink and eat a bite or two as the next place is Melody Arch. This means climbing up a long and steep slope. 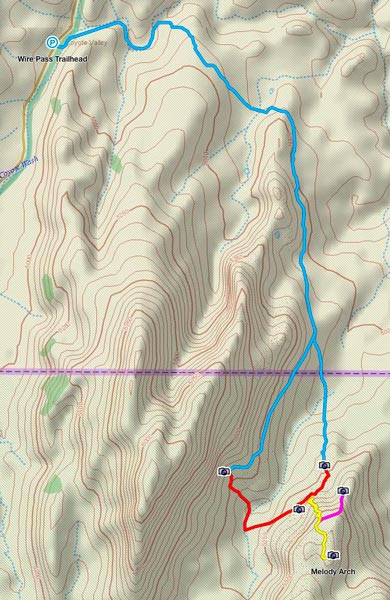